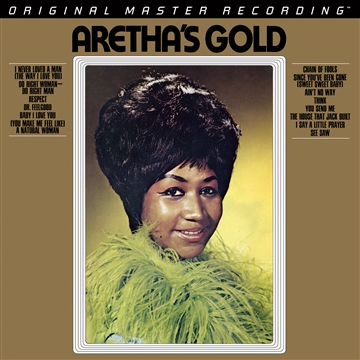 Aretha is/was international and global and pro-Black and pro-people of color long before those phrases became buzz words. But you already know Aretha. She’s part of the soundtrack of my/your life. If you were paying attention, you know about her activism, her once offering to pay Angela Davis’ bail; and the hurt in her voice at Martin Luther King, Jr.’s funeral.  My Dad was there. When he got home he said, “This is the only time I’ve ever heard Aretha sound so destroyed.”  But let’s consider the setting at Atlantic Records that nurtured her after her dad, the Reverend C. L. Franklin decided that Aretha’s voice was as secular as it was sacred; that her piano-playing was as inventive as anyone out there. I always, always wanted Aretha to make an instrumental album of nothing but her on piano, but I digress…

Ahmet Ertegün, our brother from Turkey, along with Jerry Wexler, founded Atlantic Records with the mission to produce some of the best Rhythm and Blues and Soul music ever. They succeeded. Not long after they made Ray Charles a household name, they signed Aretha Franklin, who reigned as Queen on a record label that had no shortage of music luminaries: Big Joe Turner, Ruth Brown, Otis Redding, Wilson Pickett, The Drifters, The Spinners, The Pointer Sisters, The Modern Jazz Quartet, Crosby, Stills, Nash, & Young, Donny Hathaway, Roberta Flack, The Bee Gees, and the list goes on.  The early days for Aretha consisted of recording sessions with musicians, the majority of whom were young white men from Muscle Shoals, Alabama, a tiny town that still does not have 15,000 residents. The Black brothers in the band grew up with Rhythm and Blues, but these white musicians took a turn toward the Blues and Soul Music and never, ever looked back. These cats backing Aretha produced some of the most poignant, memorable, timeless, and soulful music in the twentieth century.

Beginning in the early 1960s, Arif Mardin served as Aretha’s principle producer for over two decades at Atlantic Records. Mardin, another musical genius from Istanbul, Turkey impressed the hell out of Dizzy Gillespie and Quincy Jones, so much so that after meeting these two Black American musical giants in 1956 after a State Department-sponsored concert, he became the first recipient of the Quincy Jones Scholarship at the Berklee School of Music in Boston. After Mardin graduated in 1961, he went to work for Atlantic Records. Aretha acknowledged him as the positive turning point in her career.  Together they churned out the hits all of us already know.  He produced that incredible gospel album “Amazing Grace” that everybody still talks about, and still plays.

So what is my point?  Well, the whole concept of globalization has always existed in music and the arts; and it, for damned sure existed with Aretha; and for people of color.  That multi-ethnic colored world that some white folks fear, the one that seems to be suddenly upon us has always been here.  You’ve been grooving to it, remember?  But know this: I don’t just know my people when I see them; I know them when and where I hear them. Marinate on that for a while. Rest in Paradise Queen of Soul, Aretha Louise Franklin.